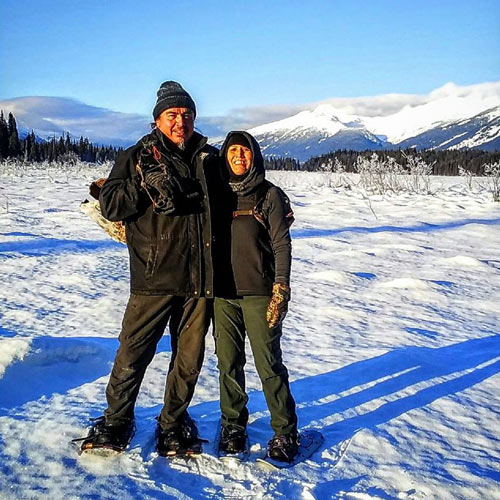 Representatives from Unist’ot’en camp will share stories and photos from their Yintah (territory) on the Wedzin Kwah (Morice River) near Houston, BC, where they are occupying and using their traditional territory in the ways of their ancestors.  They will talk about their struggle against energy companies aiming to push fracked gas (LNG) pipelines though Unist’ot’en territory without their consent. 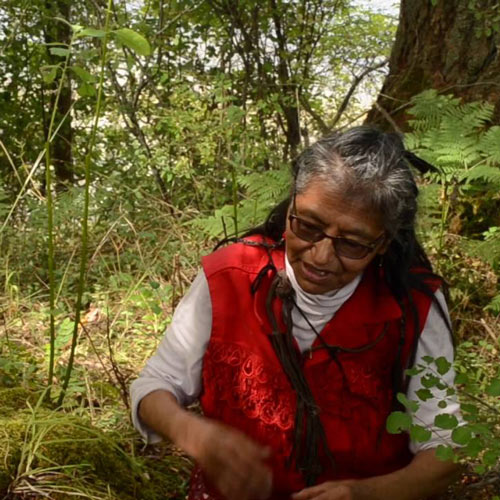 Della Rice-Sylvester is an elder and traditional medicine woman from the Cowichan First Nation. She was trained at an early age by her grandmothers and aunties, and has been studying and teaching about plant medicines her whole life. Della is a dynamic presenter, well versed in ethnobotany and deeply rooted in traditional practices. She will impart information about plant identification, cultural protocols, and medicine preparation alongside her personal experiences. 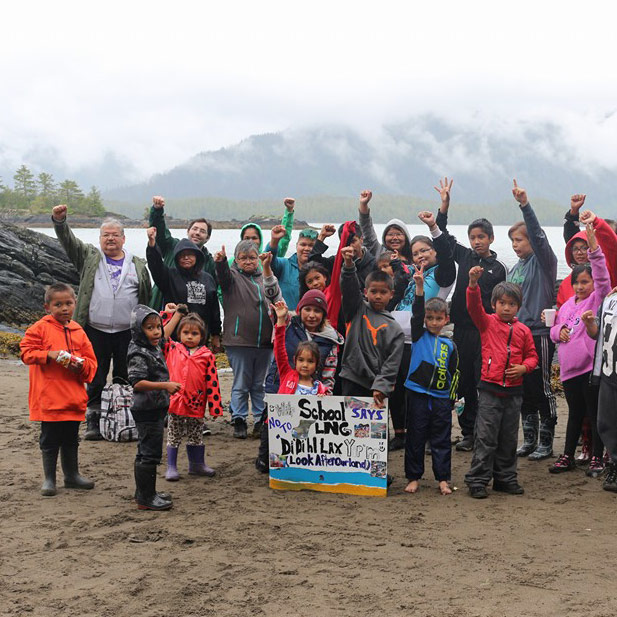 Members of the Gitwilgyoots Tribe have established a camp with multiple cabins on the island to prevent the Petronas LNG export facility from being built. A healing center is now being planned. Youth from the area visit the camp to learn about harvesting and preserving traditional foods and about how to exercise their rights and title. Come hear about their efforts and how you can support them. 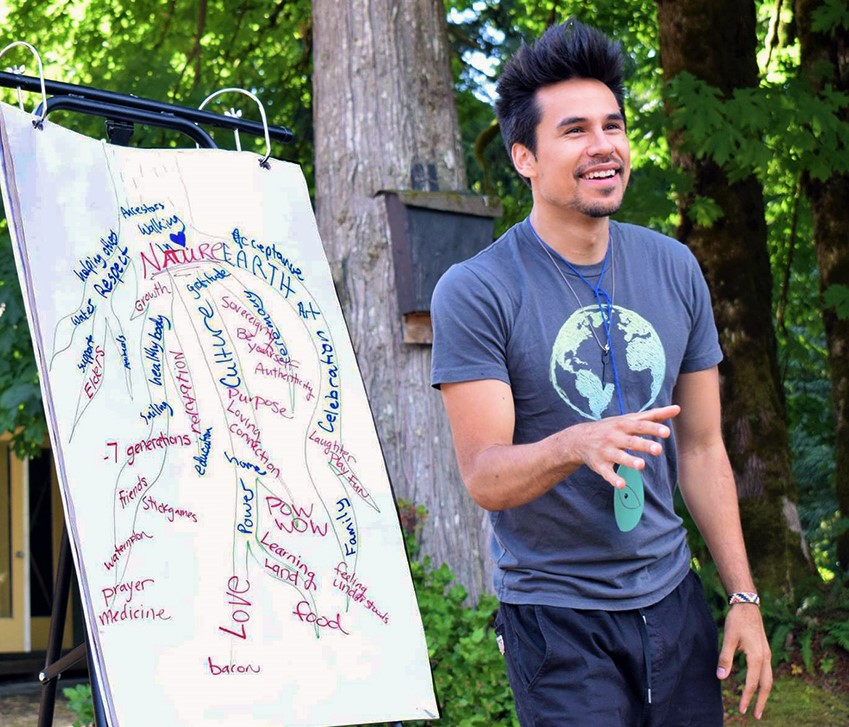 We live in a time where the meeting point of diverse blood lines is greater than ever. Often with Diversity can come a lot of unawareness on many sides and this can lead to conflict and many people being oppressed/marginalized. From my experience of working with thousands of people, I’ve found that most say that they believe in the concept of Equality, yet may not have fully explored and unpacked what would that would actually look like. In this workshop we will take a deep look into the notion of Social “equity” – which in my own words is defined by creating a world where every single person no matter who they are and what they come from, can thrive and succeed to their own definition. We will also take a deeper look at some of key barriers that get in the way of creating this world I believe, all of us truly want.

Warren Hooley is a 31-year old man from the Syilx (Okanagan) Territory in Penticton, British Columbia. Having mixed roots and growing up in both the western and indigenous world, Warren brings experience from both sides of his lineage to his work as a facilitator. For the past 7 years, Warren has passionately chosen a career of facilitating groups, delivering workshops across Turtle Island on topics of Nonviolent Communication, Intersectionality/Rank and Creative Facilitation. Today, living in Vancouver BC, Warren works for 4 organizations providing communities, groups of youth and adults with the skills and awareness to make meaningful changes in their lives.  “I have come to realize that facilitation is more than a job to me. It’s a way of thinking, doing and being. I am humbled and moved by it every day.” 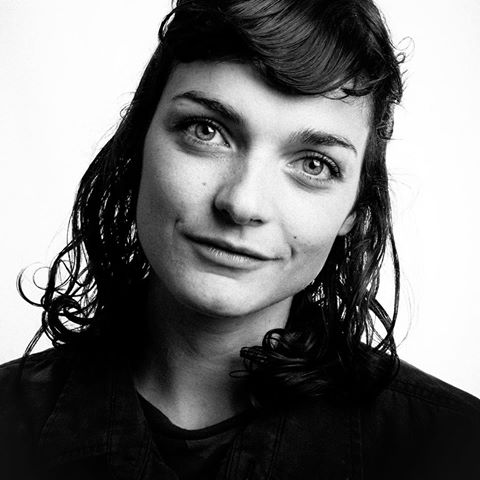 A short and informative workshop/exercise that examines the variety of ways in which colonization continues to systematically oppress, as well as explores and encourages ways in which to decondition ourselves from the colonial mindset, and begin to decolonize in order to live more authentically.

The workshop will be given and directed from a middle-class settler point of view (though all are certainly welcome), and will address the direct relationship between decolonization and the resurgence of the indigenous peoples of these lands in particular. Here we will discuss ways to weaponize privilege to support these movements. We also hope to brainstorm effective ways to reestablish a healthy, respectful connection with the earth, one another, ourselves and a sense of spirituality, while taking the onus of settler education off of indigenous folks and avoiding appropriation . Let’s get raw and real together in an excellent way!

Hilary Somerville is an avid unlearner who loves to examine, unpin, and challenge with one hand, and create with the other. She is passionate about the topic of decolonization and its actualization. 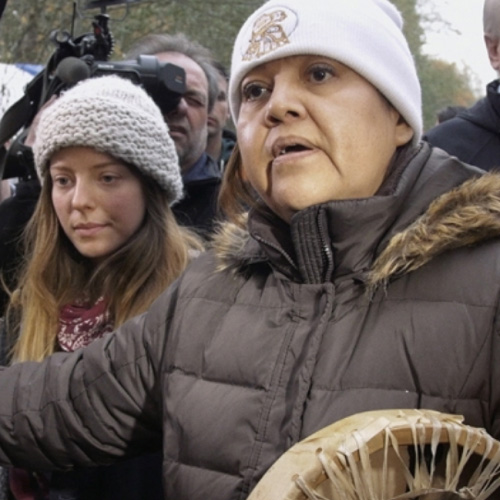 Documentary Film by Eli Hirtle & David Goldberg. In 2014, activists, ranging from new Canadians to First Nations people, ascended Burnaby Mountain to make a camp on the future route of the proposed pipeline. They were willing to do whatever it took to prevent the project from going forward; a critical necessity in their eyes, if the earth was to be preserved for future generations. The Caretakers captures the intense conviction that was a central part of the Burnaby Mountain protest. The grit and tenacity of local activists is on full display as they face down the RCMP on the traditional territory of the Coast Salish people.

David Goldberg is a Vancouver based filmmaker and artist formerly living and working in New York and Denmark. Holding a bachelor degree in sociology with a social justice focus, David’s work is centred on engaging with socially critical story telling. The Caretakers is his directorial debut film.

Eli Hirtle is a Cree/Scottish/British/German multidisciplinary artist. His Mother’s family is originally from Wabasca, Alberta, part of the Bigstone Cree Nation, but he was born, lives and works in Victoria BC on Lekwungen Territory. Eli is a photographer, filmmaker and storyteller dedicated to documenting and supporting Indigenous cultural resurgence and revitalization. 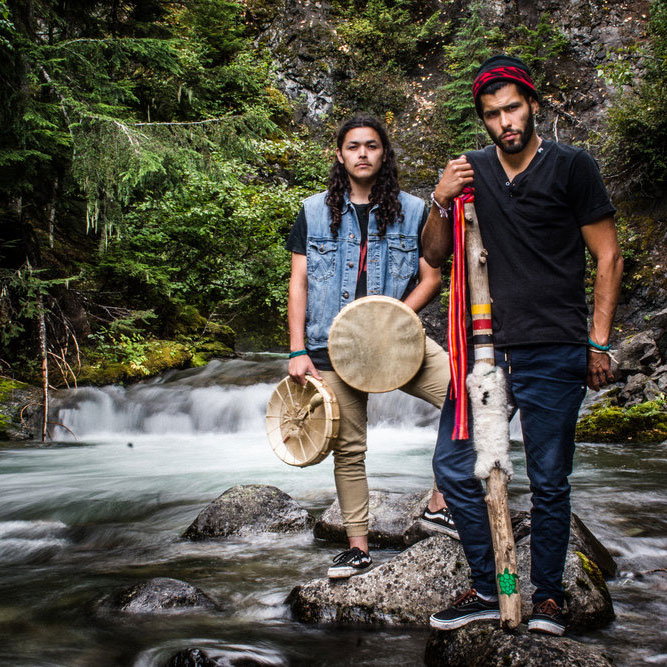 Hip Hop and the Sacred Space with Mob Bounce 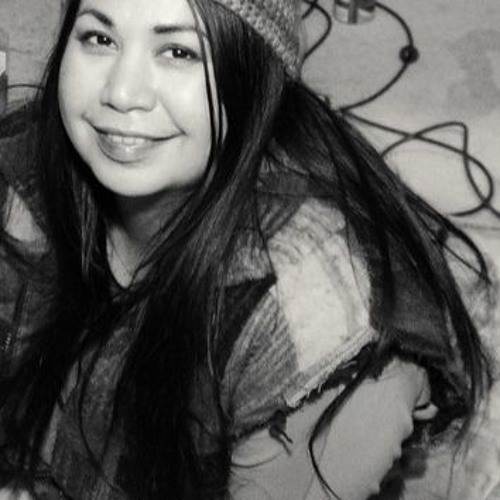 A Journey in Transformative Rebuilding with Meeka Noelle Morgan

This workshop explores Meeka Noelle Morgan’s journey in researching the impacts on her Indigenous family’s people. It led to a decade of creative work with people from age 5 to 95. The workshop explores both elder male and female stories of these impacts, as well as the impact of the stories on the author, and where that led future work and relationships.

Participants are welcome to bring a pen and paper to record observations of their own processing, as we will be having discussion after some of the readings. 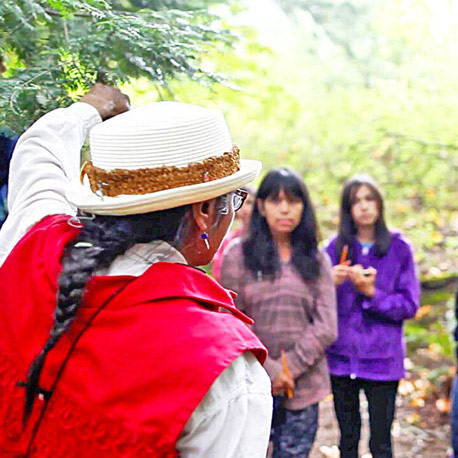 A sustainable vision is being developed to support a Quw’utsun led cultural learning hub at Xwaaqw’um on Saltspring Island as we strengthen our reciprocal relationships to the land and sea. The focal point of the project is Indigenous youth mentorship as taught by local Hul’q’umi’num and Coast Salish Elders and Knowledge Keepers.

Watch two short films that highlight summer youth camps and gatherings that have taken place at Xwaaqw’um over the last 3 years. Then head outside to hear about, discuss and participate in a visioning exercise to support sustainable land and sea based revitalization of traditional harvesting eco-systems. Workshop will explore the topics of decolonization and Indigenous Resurgence and how we can all support this work in a variety of ways. 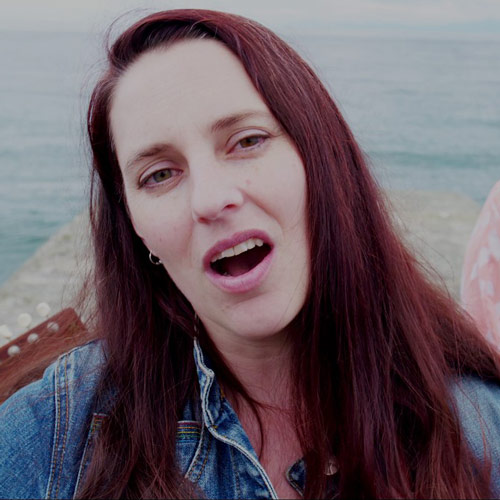 All levels welcome! No experience necessary. Come learn a song in three-part harmony, by ear, in a relaxed, supportive, setting. Through the process you’ll gain some tools to help you find harmony parts on your own and experience the joy of singing with others. 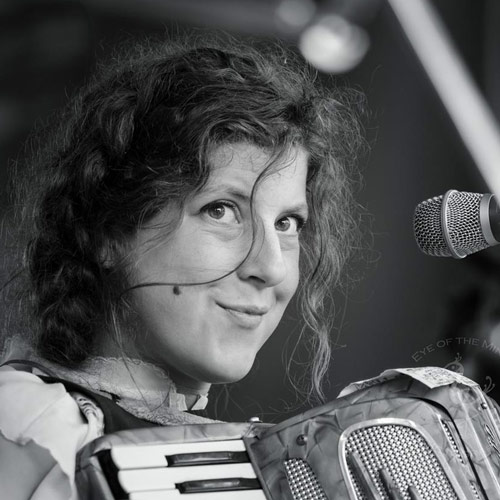 Join us for a workshop in the age old art of songwriting. Whatever your age, skill, or genre of preference, all are welcome to come collaborate and begin planting seeds of sound and story. This is a songwriting workshop as you wouldn’t expect it. Prepare to get experimental and access ways of creating you never knew were possible.

Julie is a multi-faceted artist and educator living on Lekwungen Territory in Victoria, BC. Her work crosses the boundaries of disciplines such as sculpture, performance art, social practice and sound manipulation. Her musical endeavours have allowed her to perform as a accordionist/vocalist in collaboration with musical groups such as Blackberry Wood, Compassion Gorilla, A Mind of a Snail and her solo-project Svetka – a performative blend of music, projected puppetry, and dream weaving. 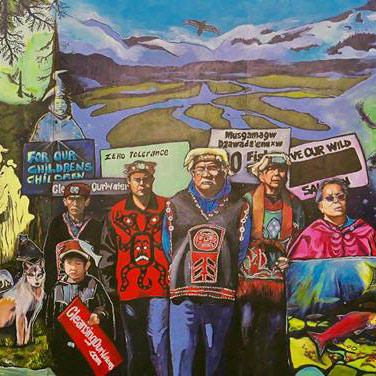 The Musgamagw Dzawada’enuxw people are removing fish farms within their traditional territories by using their rights and title to occupy the farms until they are removed. Come hear about their efforts and how you can support them.