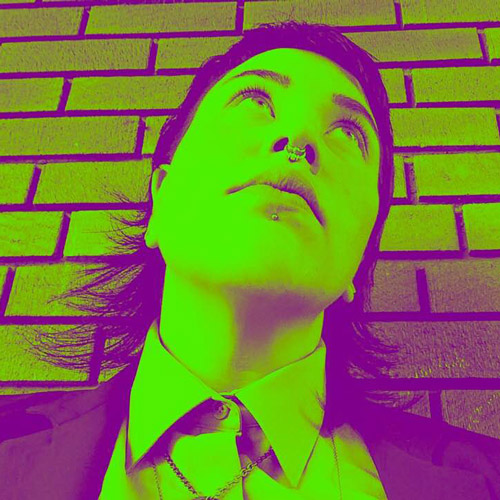 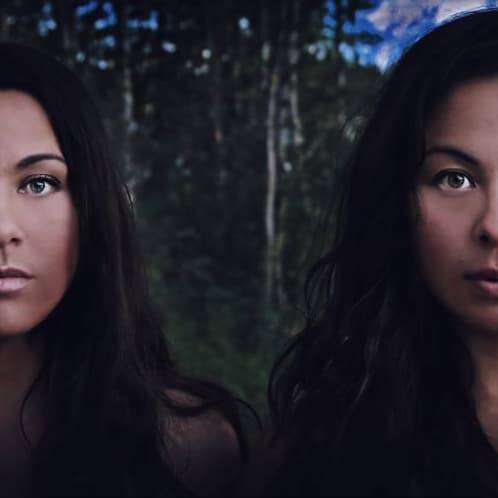 With a style perpetually galvanized by darkness and haunting northern beauty, sisters, Tiffany Ayalik and Inuksuk Mackay perform ancient, traditional Inuit throat songs and eerie new compositions, leaving their listeners enthralled with the infinity of possible answers to the question “what is the meaning of life.” Both sisters are also members of the Juno Award-winning band, Quantum Tangle, alongside Greyson Gritt.  WEBSITE 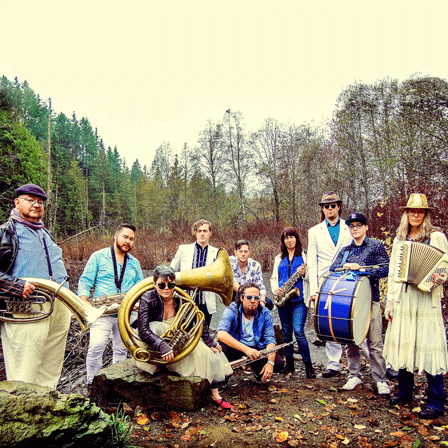 Balkan Shmalkan is East Vancouver’s premier dance party orchestra; think global music with a local attitude. Their funky brass dance beats are rooted in the aural traditions of the Roma and Klezmorim of Eastern Europe and blended with a mixture of pop and jazz. The group contains six to twelve professional musicians playing reed, brass, and drums of both eastern and western origin, which are best enjoyed where the audience is able to get up close and personal with the performance. Balkan Shmalkan is a spectacle unlike any other, they are a colourful, vibrant and celebratory group singing songs in 5 languages including Serbian, Romani, and Italian. WEBSITE 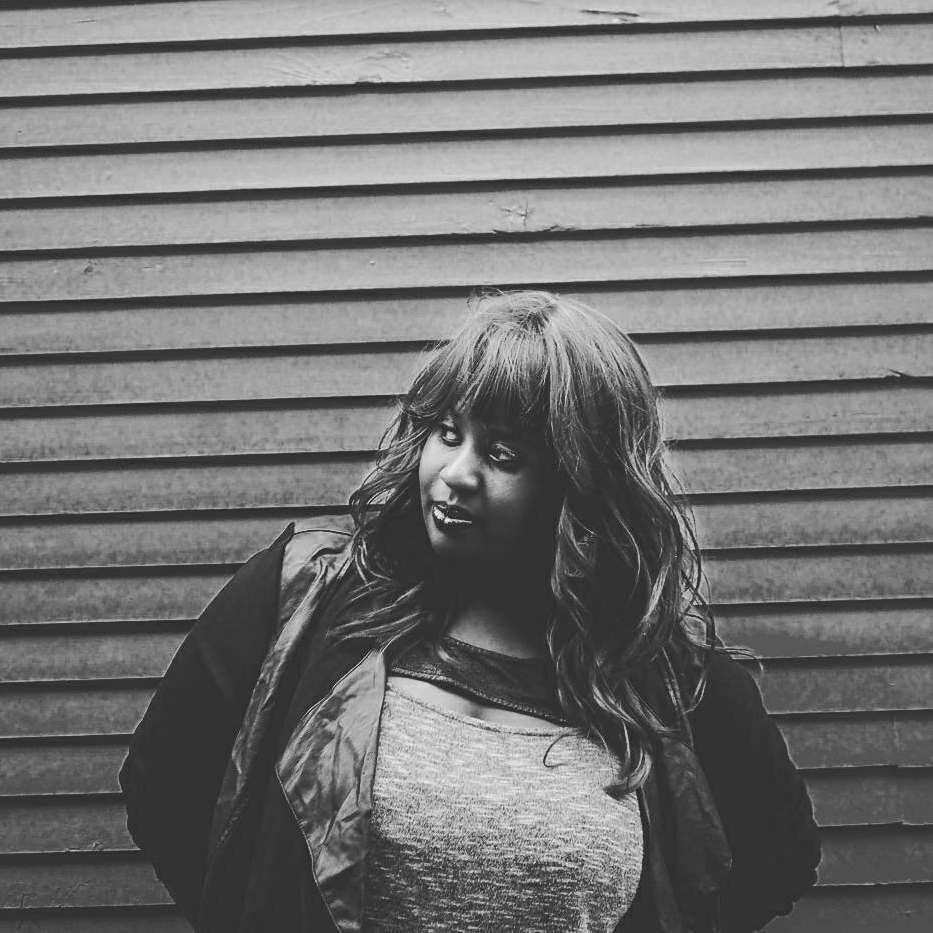 Missy D is a bilingual female emcee born and raised around the Motherland. Hailing from the thousands of hills of Rwanda to the Drogba city of Cote d'Ivoire and the Victoria Falls of Zimbabwe, she represents a blend of African cultures in her life-force and in her music. Missy D now representing Vancouver loves a blend of Hip-Hop/Rap/R&B, what she calls Rap & Soul. She writes to inspire, to purge, and also to celebrate resilience! Discovering her talent at the tender age of 11 she started rapping her first melodies in French. This femcee continues to make noise for the people most recently as a 2018 SXSW Official Artist, 2018 Juno Fest and even performing with the likes of Busty and the Bass, Maestro Fresh Wes, Jully Black, Nomadic Massive, Sons of Kemet, Mr.Eazi...Missy D will have you catching that je ne sais quoi or too many feelings throughout her performance embracing diversity in instrumentals, music, and most of all people! WEBSITE 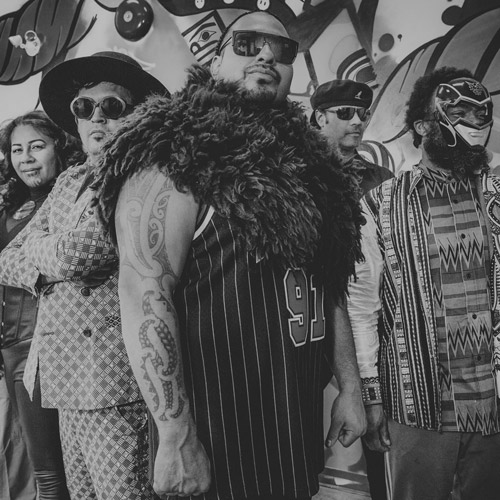 Curtis Clearsky and the Constellationz

Curtis Clear Sky and Constellationz are Vancouver based with global backgrounds who create Indigifunk music and culture and it consists of Hip-hop, Funk, Latin-Funk, Soul, Ska, Reggae and Blues. WEBSITE 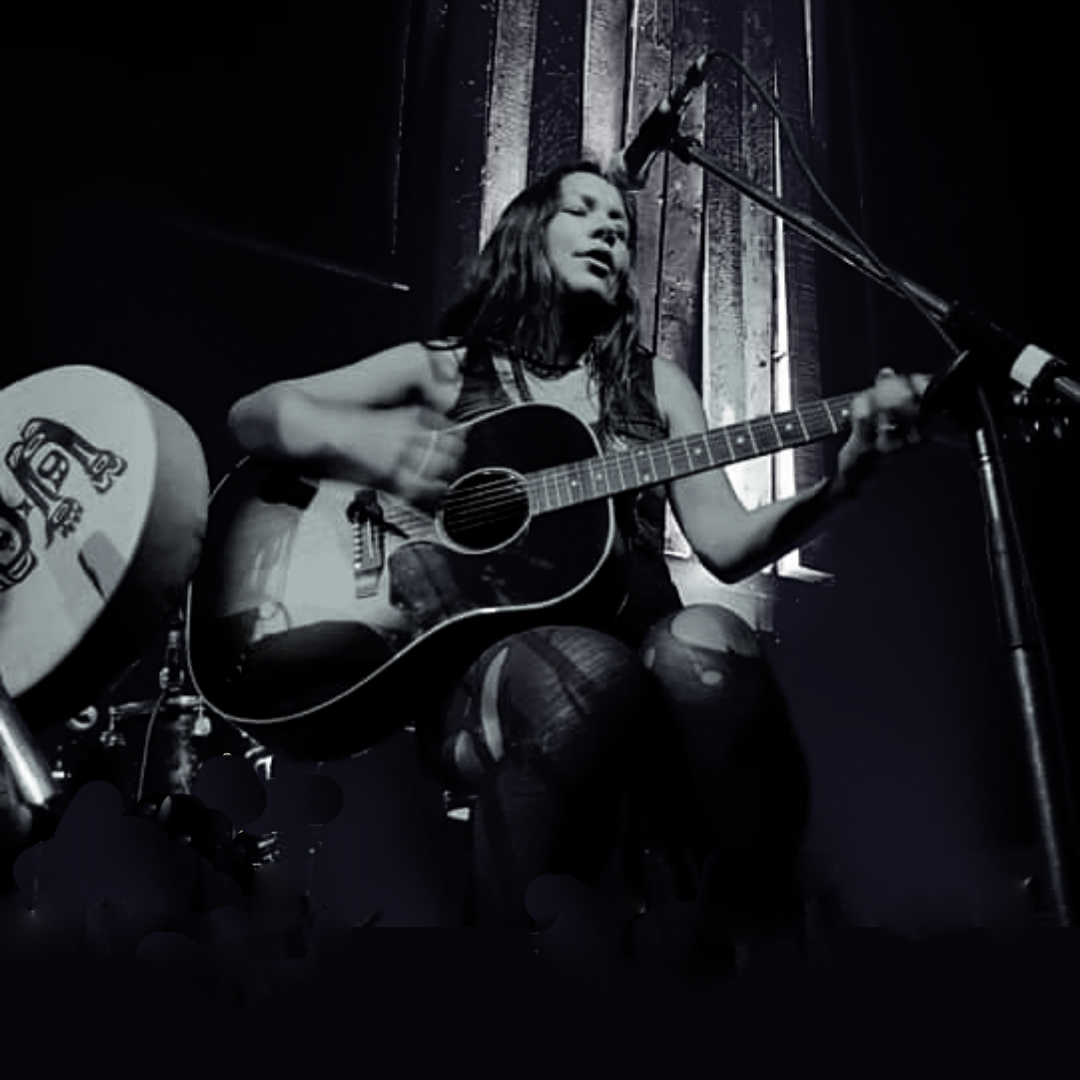 Hujunē (Dakelh for those who sing) is comprised of Sarah-Jane, Meeka Morgan, Kumbayaz Dennis and Sabina Dennis. Music is a medium of healing and regeneration. With these intentions, we invite others to experience what we have to offer with gratitude! Nenachailya. Survival is within our DNA, we must through active consciousness and ceremony access our ancient abilities as a collective species in tune with all life that remains here today. Nawhuln’ah (the time is now)! 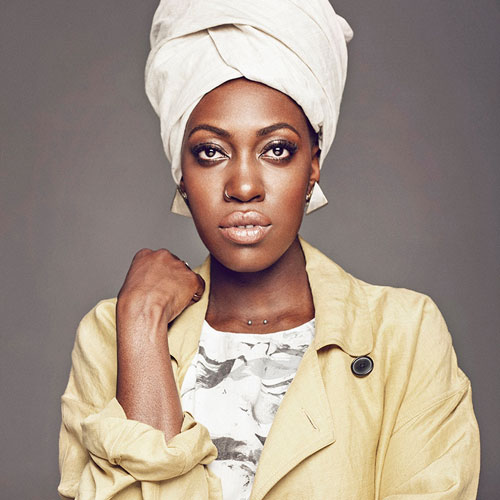 Tonye Aganaba is a multidisciplinary artist, musician and performer residing on the unceded territories of the Squamish, Musqueam & Tsleil-Waututh. Tonye’s style, like their gender, is fluid (or at least non-binary) – but can be described as Soul/Neo-Folk/R&B. They’ve been likened to Lauryn Hill, Ani DiFranco, and Chaka Khan. WEBSITE 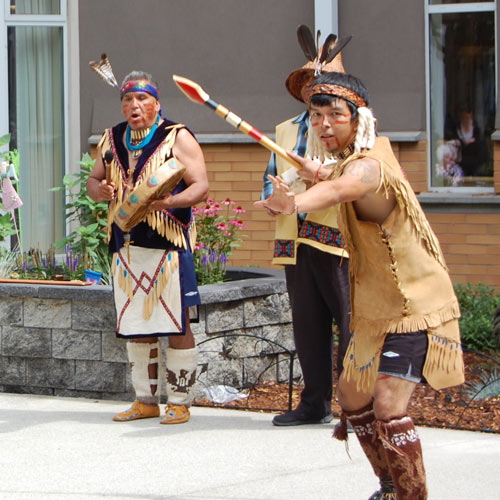 The Tzinquaw Dancers bring the sights and sounds of traditional dances from the Cowichan Valley. Formed in the early 1960s, they present songs & dances which were taught to them by their elders and have been passed down through generations. 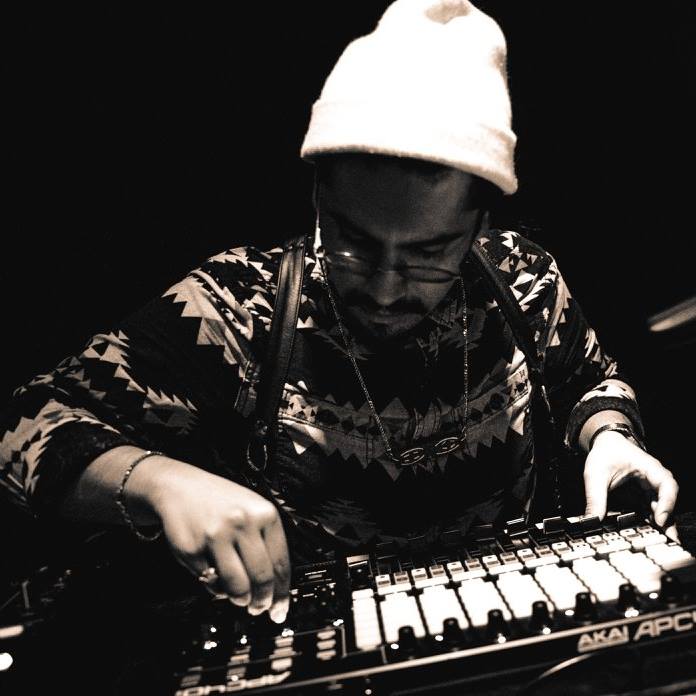 Neo.Shipibo Soundbwoy PACHA PAPA composes tribal bass music from various corners of Earth. Based out of Vancouver, BC, he has his sights on international planes with the intention to spice up any dance floor with infectious movement and an overall vibe that resonates with your unique cultural heritage. His music touches the very core of what it means to be human, encompassing various riddems from Heavy Bass, Trap, Dub, Reggae, Hip Hop, Reggaeton, Moombahton, Cumbia, Slow House, Experimental Electronica and Ambience, all while promoting a sense of pure acceptance through the journey of light and dark. WEBSITE 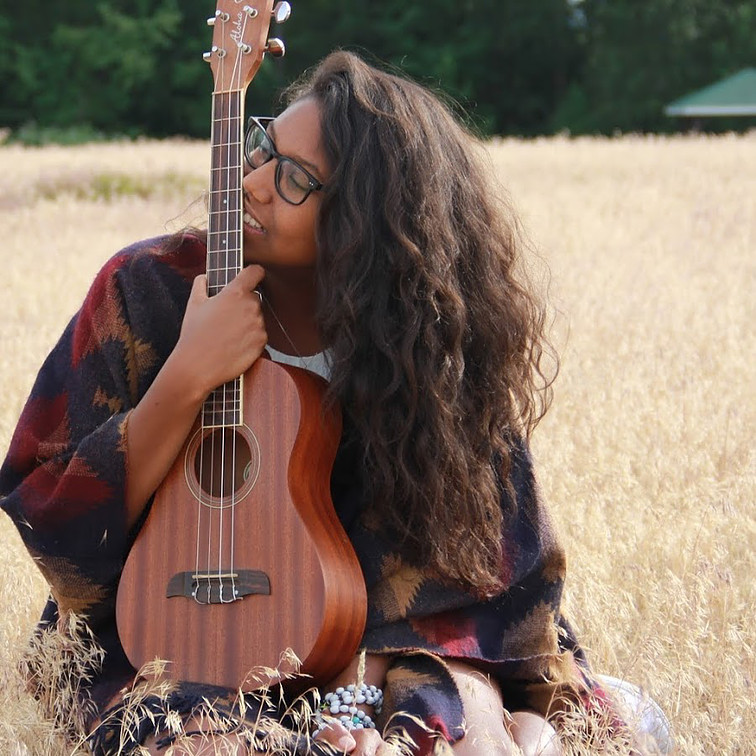 Desirée Dawson hails from Vancouver, the unceded, ancestral, and occupied, traditional lands of the Coast Salish peoples. You might know her as the warm hearted artist who won CBC's Searchlight Competition, as well as rocking stages with her ukulele all around the world. Besides her soulful ukulele numbers, Desirée has had chart topping singles in the current dance music scene.  WEBSITE 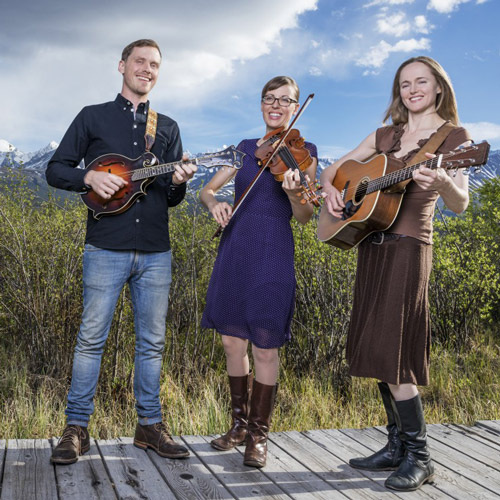 With the rough waters of the Pacific around them and the wilds of the Canadian North above them, THE SWEET LOWDOWN (Amanda Blied, guitar; Miriam Sonstenes, fiddle; Tad Ruszel, mandolin) have developed original acoustic roots music that draws from earth and sky. You’ll hear influences as far-ranging as Appalachian fiddling, contemporary pop, Celtic jigs and a blend of driving tradition and ground-breaking originality. The Sweet Lowdown draw on traditional styles, but are not beholden to them, instead blazing a new trail with original songwriting and innovative instrumentals.

The Sweet Lowdown have the ability to play to and engage a diverse audience – young and old, lovers of traditional music as well as those new to it. As well as sharing their love of music in performance, the band has taught instrumental workshops and harmony singing at camps and festivals across Canada. WEBSITE 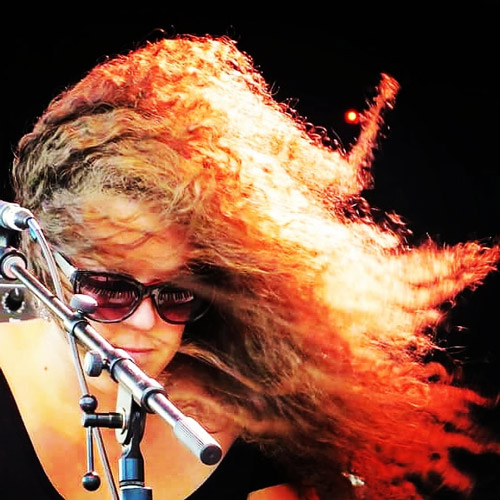 Introducing artist, mother, and West Coast singer-songwriter Leila Neverland. Her compositions are complex, her truths are simple, and her humongous voice is just that: HUGE. She wails away while rockin’ the keys, the uke, and a vocal looper, and no matter who she's playing with, her performance is captivating. People even cry sometimes. WEBSITE 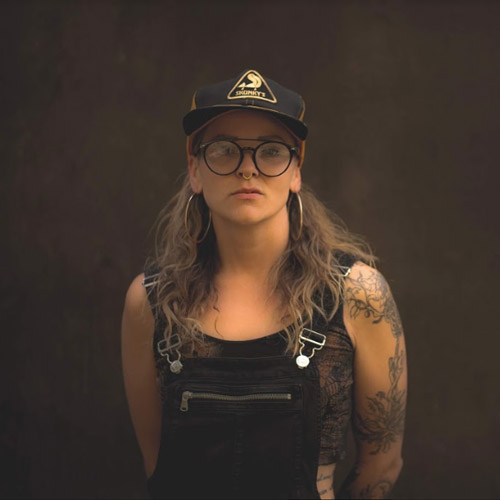 Uschi Tala is a Queer self taught, multi instrumentalist and poet who draws inspiration from the elements the underworld and the light found within darkness.  Wielding a loop pedal, beat machine and various instruments, she creates ambient soundscapes that dance along hauntingly serene vocals and rhythmic rhymes. Uschi's music has been described as tragically beautiful, otherworldly and pure magic. Her lyrics embody an ocean of healing and encourage others to sea the radiance in themselves as well as the bigger picture. She will ground your spirit, and raise your heart into etherial worlds of the in between.  Settler residing in the woods of Sinixt Territory. WEBSITE 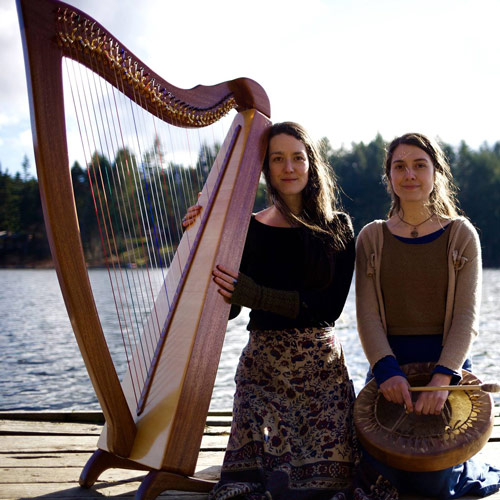 Juniper music bears enchanting melodies and woven harmonies to get the body moving and give salve to the soul. Natalia Huamali and Fienn River blend guitar, keys, harp and vocals to create a psychedelic folk experience. This blossoming project draws from pagan roots with unique poetics of Craft, Plants and Magic. 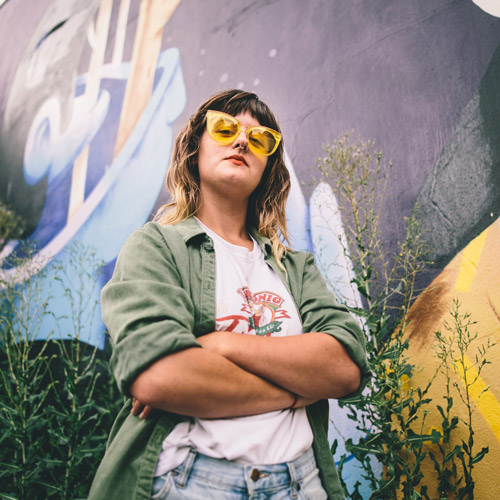 Jozy is a thoughtful young lyricist and performer, she has a love for language and it shows. Within her upbeat songs she comments on societies unrealistic expectations for girls growing up in our world. Jozy speaks bluntly about her real experiences, through the venue of hype beats and wordplay. Jozy performs within genres that were not founded within her culture, and she tries to honour and give credit to the African-American roots of hiphop/rap/R+B as respectfully as someone from a different culture can. She either performs with a full band, solo, or with a DJ depending on the context. Known for witty lyrics and celebrating femininity, Jozy hopes to share empowering songs that make people dance and smile, while providing a glimpse into her perspective. WEBSITE 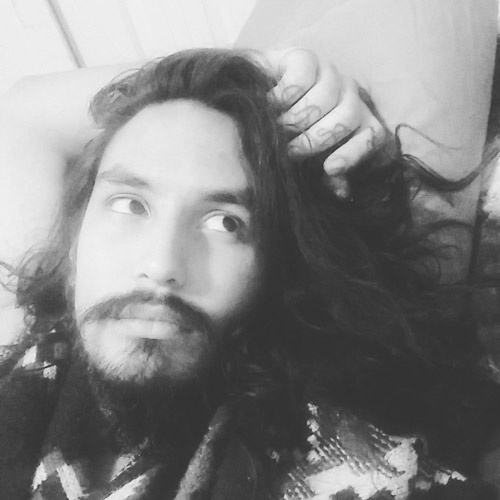 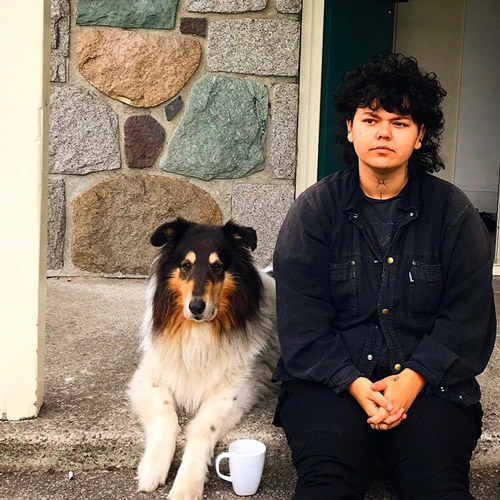 estíqw is a 2 spirit anti-professional, working as an interdisciplinary artist with a focus on decolonization and indigenous autonomy. they are a defender of the sacred and use their craft as a tool to decolonization and land sovereignty. they and their fire are from the secwepemc nation of the south-central interior of so-called british columbia. 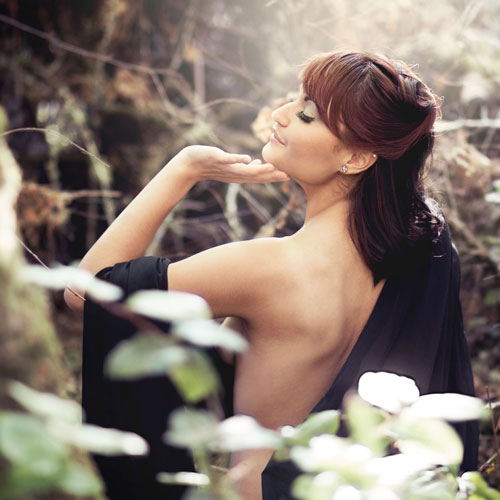 Bringing her passion filled performances to audiences across BC since 2014, Cherry Cheeks is the Tahltan Temptation you’ve been waiting for! Her intention reaches to the very tips of her fingers to grab the audience and pull them into her soul's journey. Wild genuine energy is her gift to share with the audience. She is a founding member of the Vancouver Island Vixens, a community builder, Diversity Coordinator for the Isle of Tease Burlesque Festival, and producer of House of Cheek Productions. She works to create safer spaces, visibility, and thriving opportunities for performers of colour. She’s the cheeks that’ll make you weak, Cherry Cheeks! 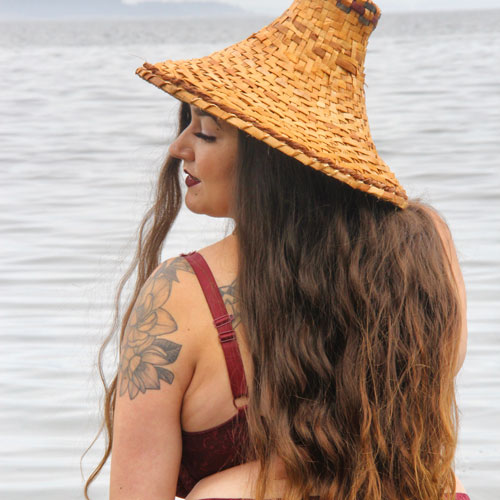 Scarlett Hummingbird is a proud queer, Latina, and Coast Salish woman hailing from the Le'eyqsun mustimuhw (Lyackson First Nation). Fluttering her magic across a variety of stages since debuting in June of 2018, Scarlett is known for her sultry movement and physical storytelling, drawing emotion from all who set eyes on her. Get ready for the west coast's indestructible force and salish siren, making tsunamis since day one. 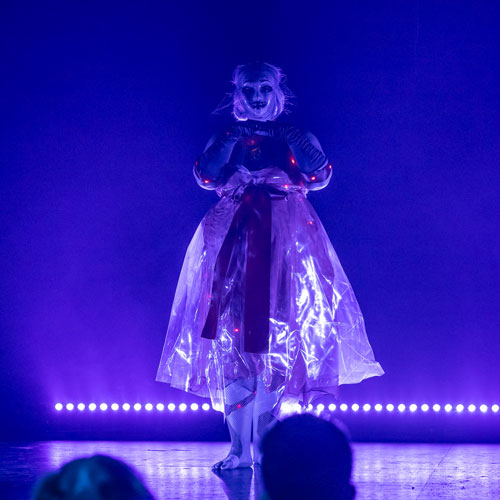 From Island to Island to Island, this babe came into the burlesque world with a blast! Having a background as a professional dancer and stage actor, she never fails to take our breath away with her grace and sensuality! Debuting in 2018 as a solo artist for audiences in Seattle, Winnipeg, a tour of Vancouver Island, a trip to Indonesia where she trained in trapeze and taught burlesque, and she's recently done her first Nerdlesque number and was a featured headliner for Melanated Ménagerie's Fierce and Majestic May in Minneapolis, performing on her teardrop trapeze! She's recently returned from her second year at the Winnipeg International Burlesque Festival,  where she stole hearts and taught her character development workshop, Be Your Truest You with Blue! You'll want to keep your eyes on this gem, Blue Onyx! 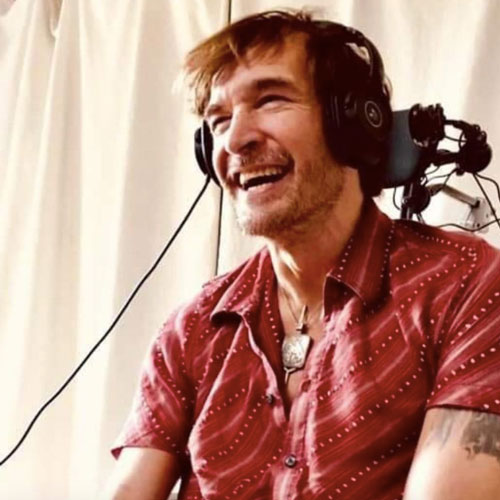 Jade Bell’s compositions blend folk, soul and blues to accompany his authentic, emotive lyrics. A substance overdose left Bell blind, mute, and immobile in his own private world of poetry. Today Bell collaborates with his evolving assembly of musicians known as Blind Focus, working on his fifth album. 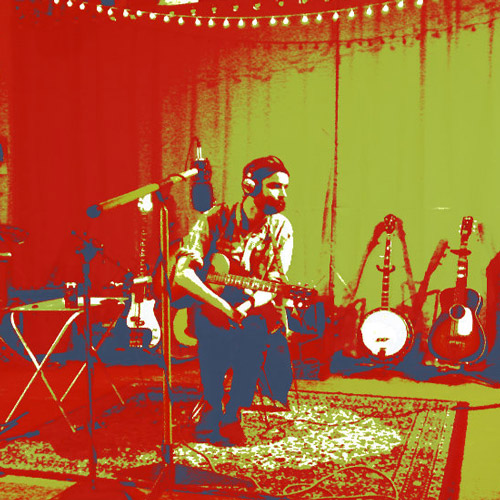 Grown on the Boreal shores of Lac La Ronge, SK and envisioned by John Stewart, Lip Forest is a rotating collective of artists pushing dark moods and cavernous melodies that will surely warm your heart. 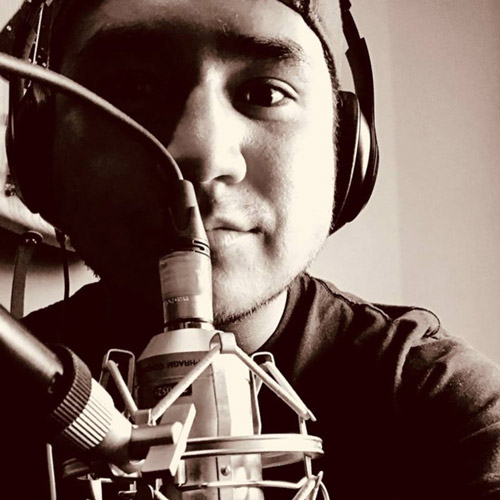 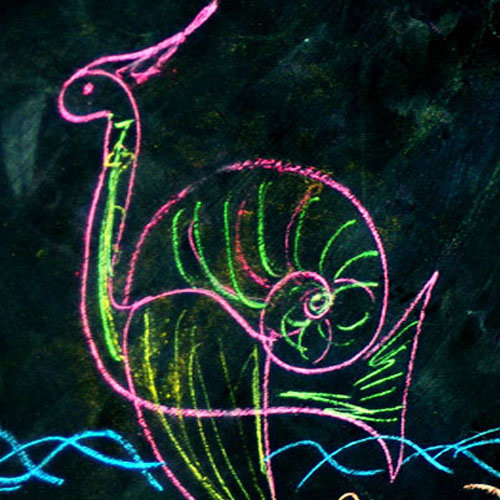